This is the native land of Genghis Khan and contains many important historical and cultural sites. Khan Khentii is covered with forests, taiga, and mountain forest steppe. It is the land described in The Secret History of Mongols, a literary monument of the nation, and is a protected area located northeast of the capital city. Khan Khentii Mountain National Park is one of the Mongolian natural and historical treasures, declared by UNESCO as a world heritage site.

The Khan Khentii Strictly Protected Area is located in the Khentii Mountains and includes the sacred Burkhan Khaldun mountain. This is considered to be the birthplace of Genghis Khan, as well as one of the rumored locations of his tomb. This is at the end of the Siberian taiga forest to grass steppe.

Deluun boldog, Birthplace of Genghis khan
for his 800th birthday, a statue of Genghis Khan was erected in 1962 at Deluun Boldog; a place believed to be the great khan's birthplace, close to what is today Dadal soum, an attractive wooded area in North-west Khentii region. The area contains trails and lakes for visitors as well as monuments where you can learn why this fierce warrior and great leader is still revered today. Dadal Sum once housed one of three great lamaist temples consecrated to Genghis Khan, but which was razed in the 1930s. Now there are stone monuments to him erected in the surrounding beauty of the Mongolian countryside.

Oglogchiin Kherem (Oglogch Wall)
Oglogch Wall is located at the base of Daichin Mountain, 45km southwest of Batshireet soum. The wall, 3km in length, is made entirely of stones without the use of mortar. When Russian archeologist S.Kondratiev explored the site in 1926, the wall was 2.5-4.5 meters in height. Today it stands 3.1 meters tall at its highest point. Last summer, Mongolian-American joint expedition team "Genghis Khan" discovered approximately 60 tombs near the wall. The archeologists believe that Oglochiin Kherem may be a burial place of great Mongolian figures, such as Genghis or Kublai Khan.

Kherlen River
The Kherlen is one of the three famous rivers which rise in the Khentii mountain Range, and it flows for 1.264 kilometers to drain into Lake of Dalai Nuur in China . There are many kinds of fishes and birds such as geese, duck, Amur Catfish, Umber, Taimen, Lenok, Amur Chub, Mirror Carp, Golden Carp, & Amur Ide. etc. An honorary monument at Khodoo Aral near the Kherlen River was dedicated to Genghis Khan. Historians write that the khan came to power at Khodoo Aral, an area from which he later emerged to unite the nomadic tribes of Mongolia . Ogoodei Khan and Munkh Khan were later enthroned at Khodoo Aral. 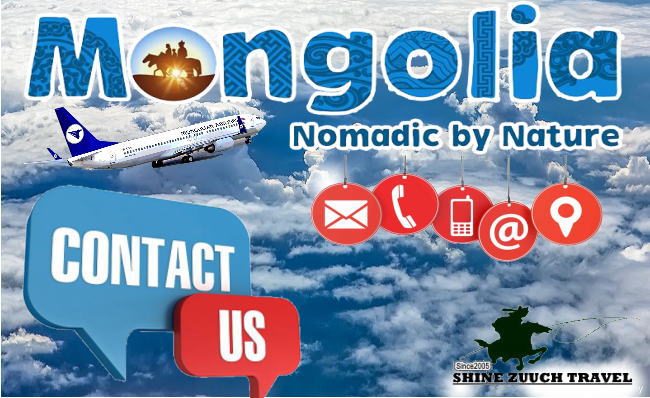