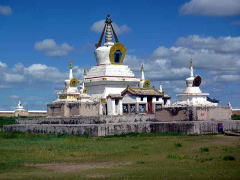 Cultural landscape of the Orkhon Valley

Orkhon Valley is a valley that extends across the Orkhon River in central Mongolia, approximately 360 km west of Mongolia's capital city Ulaanbaatar. The cultural landscape of the valley has been registered as a UNESCO World Heritage Site as an illustration of the nomadic tradition that has been cultivated for over 2000 years. For centuries, the Orkhon Valley has been regarded as the seat of the Bileg king. The name that appears in history is the "Orkhon Inscription" built in this valley by the 8th century's majestic Bileg Khaan.In the Orkhon Valley, the Orkhon Inscriptions, the Khar Balgas Archaeological Site, the ruins of the Karakorum, the capital of Genghis Khan, and the Erdene zuu Monastery. View Orkhon Valley Tour 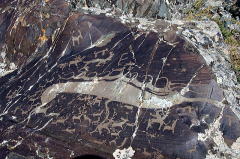 Rock Formations in the Altai Mountains

The rock paintings of the Mongolian Altai Mountains, which are the World Heritage Site of Mongolia, are targeted at three rock painting sites in the Bayan-Ulgi district of the Mongolian Altai Mountains. They are drawn from about 12000 BC to about 11,000 BC to about the 9th century AD, and there are many rock carvings that show the lifestyle and environment of North Asia in each period. There are hundreds of mounds associated with the funeral culture, most of which are rock paintings. In the late Pleistocene rock paintings, large animals such as mammoth, aurox, elk, ostrich are drawn, and when entering the Holocene, not only the animals of the game but also the figure of a hunter is drawn. Become. It is possible to read the state of climate change from the Pleistocene to the Early Bronze Age, and what is depicted in the rock paintings of the period from the Late Bronze Age to the Iron Age is the appearance of nomadic life using horses. The 7th to 9th-century Turkic people are depicted as armed equestrian statues. Take a tour of the Altai Mountains

The Uvs Nuur Basin is a World Heritage Site that spans Mongolia and Russia and is the largest lake in Mongolia. As Russia set up eight nature reserves in 1993 and Mongolia set up four reserve areas including the area around the Tes River in 2003, these twelve reserve areas were registered as World Heritage Sites. Uvs Lake, located in the Uvs Nuur Basin, is rich in salt and shallow and is a remnant of the sea that had spread over this area thousands of years ago. Uvs Lake is a well-preserved area of ​​natural steps on the Eurasian continent, as well as a place where the world's most northern desert and the world's most southern tundra co-exist. Because the basin is a climatic and geographical boundary for Siberia and Central Asia, the temperature is extremely extreme, with temperatures of +47 degrees in summer and -58 degrees in winter, and endangered species snow leopards, Algari, Asian species. There are 41 species of mammals such as Ibex and 173 species of birds. There are also 40,000 Scythian and Turku archaeological sites, which are registered as natural heritage sites. 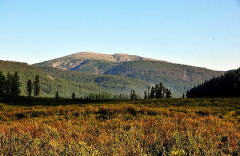 The sacred landscape of Burkhan Khaldun and its surroundings is the World Heritage Site of Mongolia, which was newly registered at the 39th World Heritage Committee held in Bonn, Germany in 2015. Burkhan Khaldung is said to be the hometown and tomb of Genghis Khan at the same time as the sacred place originated from the Mongolian people."Burkhan" a Mongolian form of the word that originally means Buddha, meaning "Buddha" or "God." In addition, "khaldun" generally means "orphan" in Mongolian, but it is said to mean "mountain covered with poplar bushes".

The Altai Tawan Bogd National Park covers an area of ​​approximately 630,000 m² and is the largest national park in Mongolia. The five highest peaks of the year-end snow

After visiting Kharkhorin ruins , head to westernmost prefecture of Mongolia for Golden Eagle Festival, which helds every year 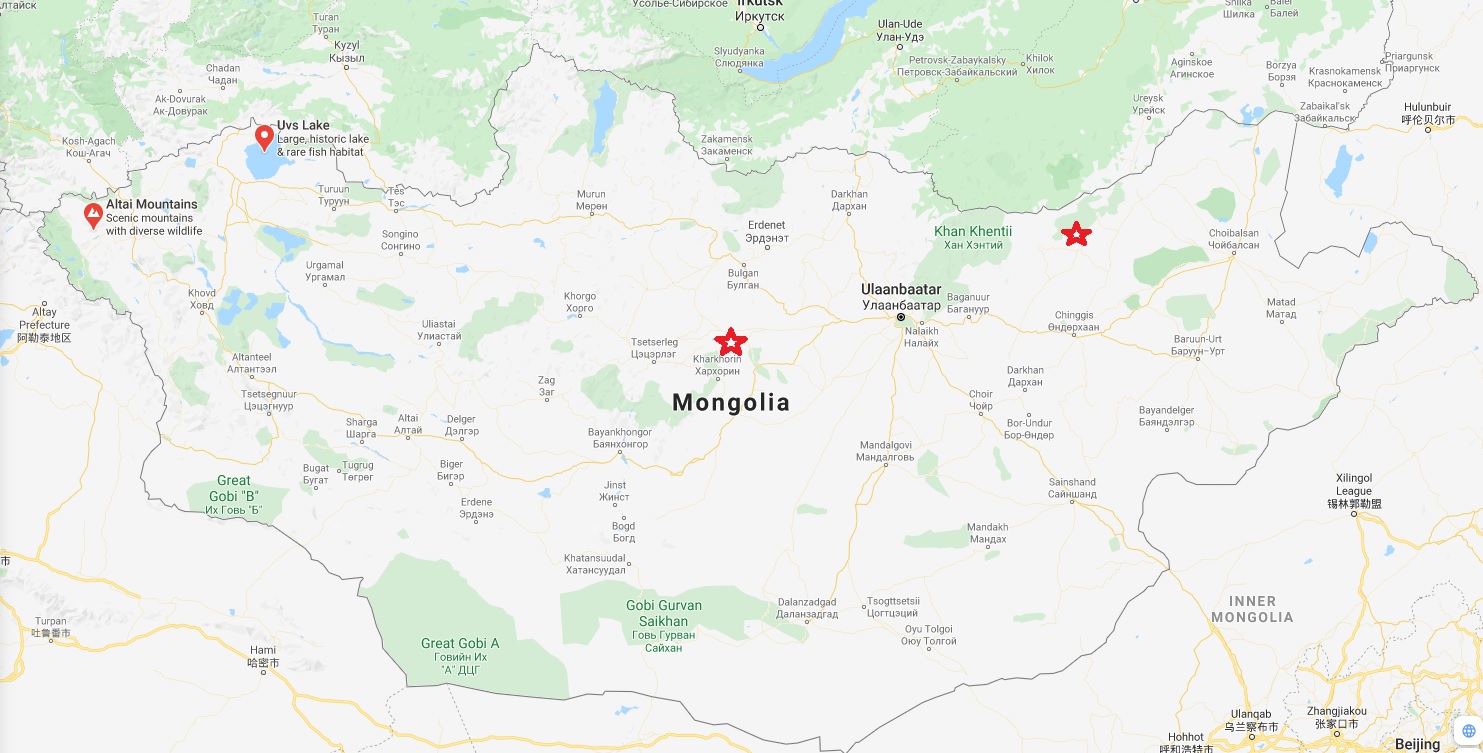